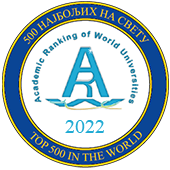 In 2008, Belgrade hosted the 53rd edition of the Eurovision Song Contest, after Marija Serifovic won the first place at the 2007 contest in Helsinki with the song “Molitva”. In 2020, the sounds of “Molitva” accompanied an emotional video of empty streets of Belgrade during the Covid-19 lockdown, as a part of the international TV show Eurovision: Europe Shine a Light broadcasted in May 2020.
As we wait for the borders to be fully open again, measures lifted and physical mobility restored, we invite you to see this beautiful video of our city and to get inspired by this short selection of interesting places and events you can visit once you join us at the University of Belgrade.

Culture And Entertainment In Belgrade And Serbia

Belgrade is probably best known for its vibrant nightlife. Whether you want to experience traditional music and cuisine in the kafanas of the bohemian street of Skadarlija, or to party until the sun comes up at one of the many river boat clubs and bars – the famous splavovi – or indoor clubs with local and international DJs or live performances, the city will offer an unforgettable experience even to the most demanding clubbers.

Besides that, Belgrade will surprise you with numerous concerts, festivals and cultural events throughout the year. Some of the best-known local festivals and events are BITEF (Belgrade International Theatre Festival), BELEF (Belgrade Summer Festival – takes place at various locations and includes concerts and theatre plays and performances), Days of Belgrade (spring festival of various cultural and art manifestations held all across the city), Street of Open Heart (charity carnival manifestation, traditionally held every 1st of January in front of the downtown Atelje 212 Theatre), Belgrade Boat Carnival (taking place on the stretch between Branko’s Bridge and the Old Sava Bridge at the Sava River, with all kind of vessels and spectacular fireworks and concerts), October Salon (international festival of visual and applied contemporary arts, with famous international and local curators and participants), Museum Night (famous international cultural event that takes place in over 120 cities worldwide, including Belgrade), Dev9t (multidisciplinary contemporary art festival with numerous exhibitions, performances and concerts, held in summer in an old brickwork factory) Mikser Festival (regional festival of creativity and innovation), Belgrade Design Week (design platform and an international conference of creative industries), Belgrade Dance Festival (annual contemporary dance festival held in spring), Belgrade Marathon (a marathon race held annually in Belgrade since 1988. It is typically held in mid-April and also features half marathon and fun run for the public). Music and film festivals in Belgrade are numerous and offer high-quality programs throughout the year. Every year there are new music festivals popping up, but here are some traditional ones you can start with: BEMUS (Belgrade Music Festival, the oldest classical music festival in Serbia), Guitar Art Festival (international gathering of classical guitarists), Belgrade Jazz Festival (annual representation of finest local and international jazz artists) or a Dortjol Festival (a small jazz festival held across the historical neighborhood of Dorćol, in local tavernas or places like Dorćol Platz or a Dorćol National Theatre), Belgrade Beer Fest (wide range of foreign and domestic beer brands and a lineup of numerous famous international and local performers).

For many Belgradians the end of each winter is pre-booked for the city’s favorite film festival – the FEST. Starting from low budget films from literally all across the world to spectacular blockbusters – visitors enjoy high-quality selection of the best new releases, accompanied by an additional program segment featuring all time movies and films of previous decades. Some of the other popular film festivals in Belgrade are the BELDOCS (international documentary film festival), Auteur Film Festival (annual festival of contemporary trends in authors’ films intended for broader audiences), Free Zone/Slobodna zona (festival of engaged documentary and featured film), Underwater Film Festival (international films and photographs from underwater world), Nitrate Film Festival (ranked in the top three archival festivals in the world, and hosted by the world famous Yugoslav Film Archive). Variety of galleries and museums will introduce you to Serbian contemporary and traditional art, cultural and historical heritage: Nikola Tesla Museum, ZEPTER Museum, National Museum in Belgrade, Museum of Applied Art, Belgrade City Museum, Historical Museum of Serbia, Ethnographic Museum, Museum of Yugoslav Film Archive, The Auto Museum, Gallery of Frescoes, Museum of Yugoslavia, New Moment Gallery, O3ONE Art Space, and many others

Once in Belgrade, you can take some time to travel around Serbia and explore other cities. To name but a few must-attend events outside of Belgrade: globally acclaimed, award-winning music festival EXIT held within the walls of the Petrovaradin Fortress in the city of Novi Sad; international jazz festival NISVILLE held within the Ancient Fortress of the city of

On your way through Serbia you may want to take a look at one of the finest examples of the Art Nouveau and Secession the city of Subotica is famous for, or to try delicious foods and beverages offered at traditional farms around Vojvodina - salaši on your way to Fruška Gora – a breathtaking national park only an hour and a half away from Belgrade and just 30 minutes away from Novi Sad. Fruška Gora, located in Sirmium, is the only mountain in Vojvodina and it is the home to 17 beautiful Orthodox Christian monasteries. Heading south, you will discover more magnificent medieval monasteries, architectural, cultural and historical gems of Serbia. If you go east, you will reach the impressive Đerdap Canyon (gorge), known as the Iron Gate, stretching nearly 100 kilometers alongside the slopes of the Carpathian Mountains, reaching one of the deepest river points in the world, at over 80 meters. Đerdap National Park is home to the 8,000 year-old archeological site of Lepenski Vir, as well as to the medieval Serbian Golubac fortresses at Golubacki Grad and Kladovo. In the Djerdap Canyon you will see the Tabula Traiana (Trajan’s Plaque), from the beginning of the 2nd century AD, made to mark the completion of the construction of the river bank road and installations in the sector of the Lower Danube canyon by the Roman emperor Nerva Trajan (Nerva Traianus Augustus). Nearby, you will find the archeological site - the city of Viminacium of the Roman province of Moesia, and the capital of Moesia Superior, and heading further south-east along the Danube, you will find another impressive ancient Roman complex of palaces and temples - Felix Romuliana and the site of Gamzigrad, near the city of Zajecar. Speaking of Romans - 17 Roman Emperors were born in present-day Serbia, including the first Roman emperor - Traianus Decius and the first Christian Roman Emperor and the founder of the City of Constantinople - Constantine I the Great. Constantine was born in Naissus - the nowadays city of Niš in South-East Serbia.

If you are looking for sports, travelling around Serbia you will find many attractive spots for outdoor activities, such as the beautiful ski resorts of Kopaonik or Stara Planina, mountains of Rtanj, Zlatibor, rafting at the Ibar river or Tara national park or through unbelievably beautiful meanders of the Uvac Lake, a Special Nature Reserve, known for the successful project of the preservation of the griffon vulture.

Regardless of the location in, or outside Belgrade you decide to visit, when it comes to food and wine, quite an important part of the local culture and flavor, you will surely remember the intensity and a wide variety of tastes it’s composed of, being shaped for centuries within the colorful, vivid and diverse Balkan-Mediterranean region.

Whatever your taste and interests may be, we are sure you will enjoy exploring what Belgrade and Serbia generously offer to all their guests.